I’m back from 10 days up in Maine! I vlogged during it, and part one will be up this Thursday on my YouTube channel. The next part will be up next Wednesday.

Friday, August 22 // My parents and I arrived up in Maine, which was a couple of hours in the car and then the rest of the day unpacking. This trip to Maine was also the third step in my moving process, because 90% of my belongings went straight up to Maine instead of going to Boston (remember how I wrote about making 1 suitcase last 2 weeks?). I began digging through all of my things from Nashville. 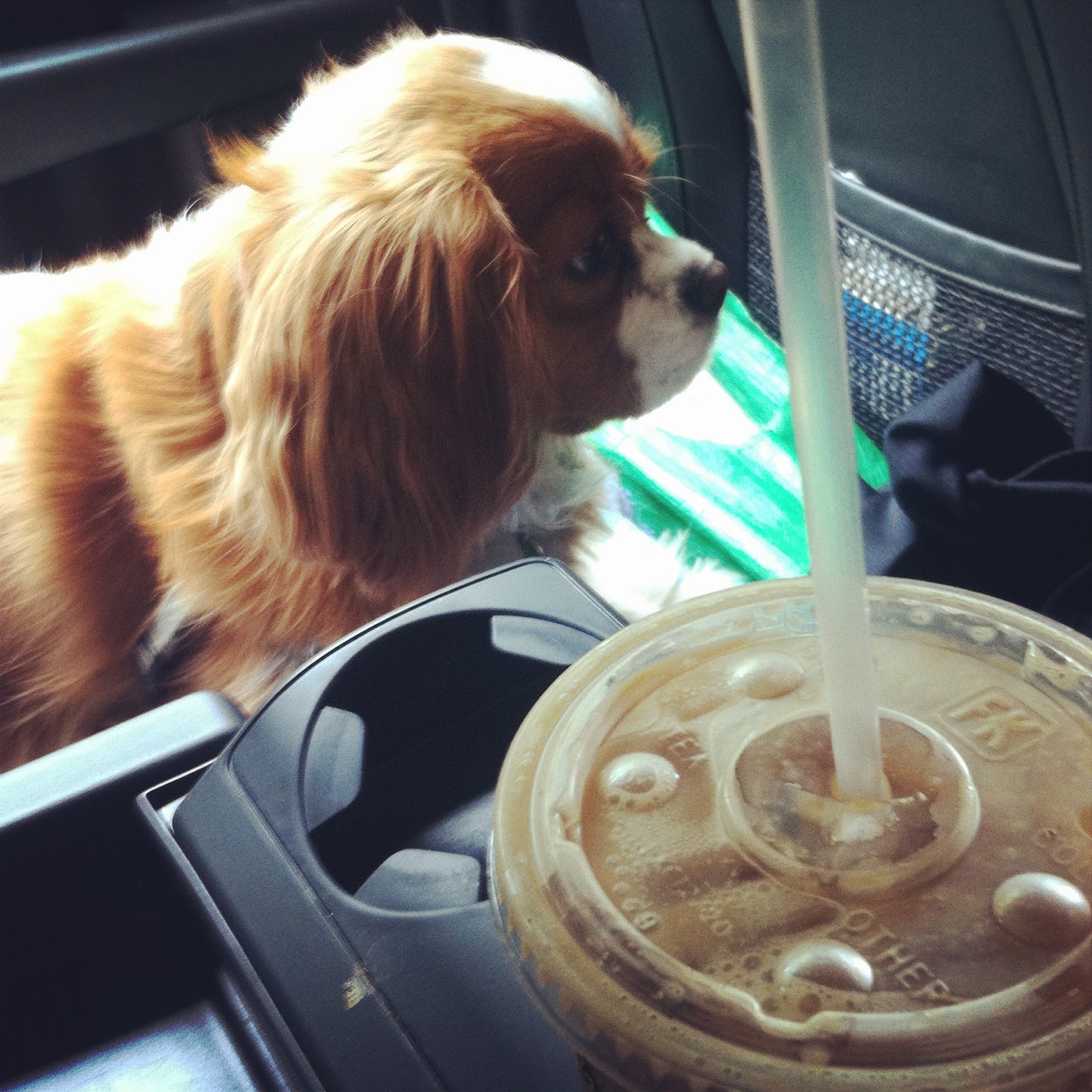 Saturday, August 23 // A lovely day of more organizing and unpacking. I got my desk area unpacking and organized, and went grocery shopping. (Thrilling, I know.) While sorting through things to decide what should go into storage, what should be thrown away, etc., I found a couple of old journals. Some of these were the diary-type from middle and high school, and some held my old writing. (Check out a dramatic reading of my 7th grade diary!) 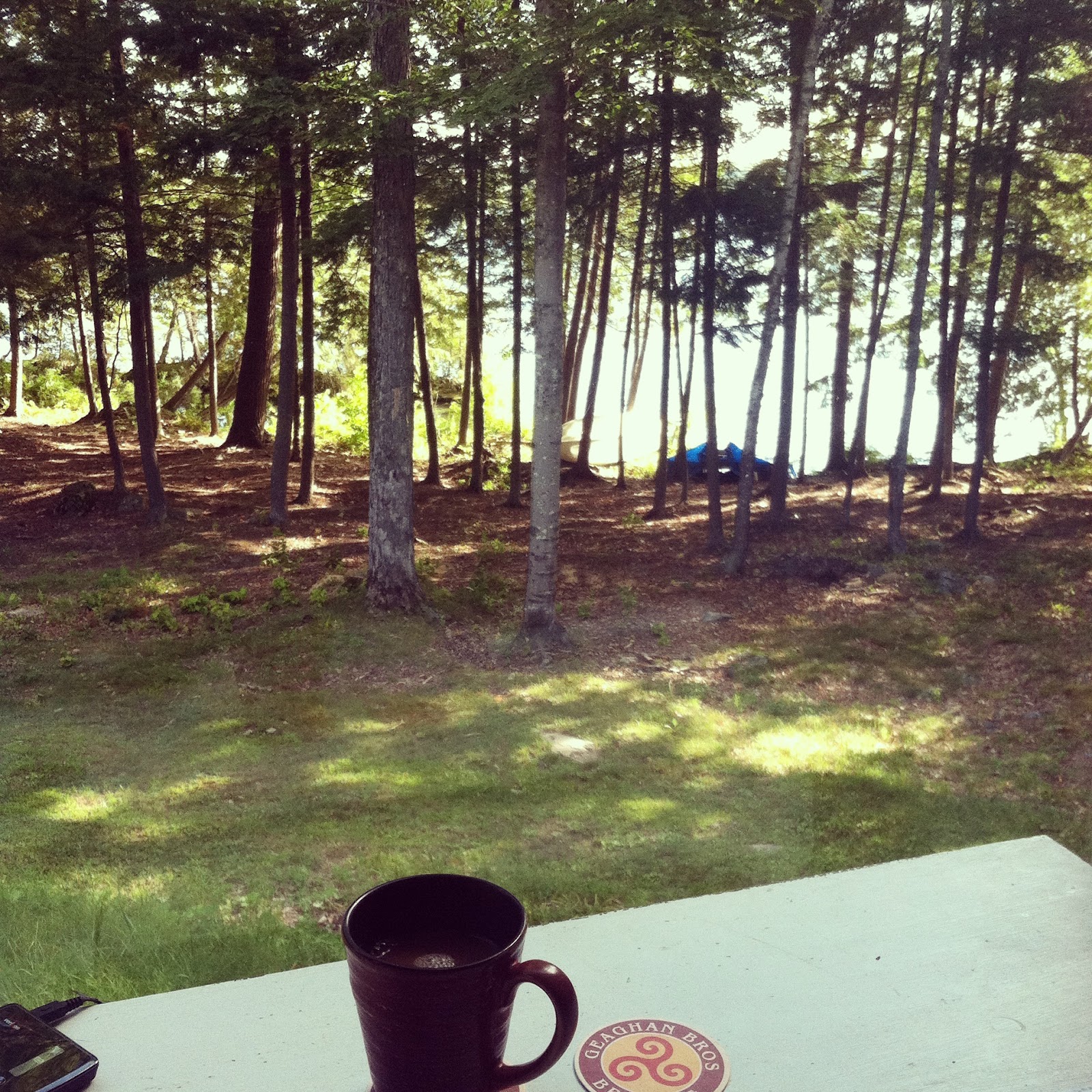 Sunday, August 24 // I started going through said journals and typing them up. A lot of that writing was short stories, which was great, because I’ve been working on my next novel as well as a book of short stories. And now I have more for it! My parents left to return to Boston Sunday night, beginning my time of “hermitting,” as a friend referred to it. Gus stayed with me, and he was very nervous Sunday night. He kept wandering around the house looking for my mom and whining. I ended up having to sleep downstairs so that he would settle down.

Monday, August 25 // I was up bright and early at 6:30 with Gus (significantly earlier that I’ve gotten up since school ended at the end of May). I started my morning off with coffee and him at the dock, though, which was pretty spectacular. I made a delicious and filling smoothie for breakfast, took him on a short walk, worked on my book of short stories, did some yoga on the dock, went into “town” for a few things that I had forgotten on Saturday, and had an early dinner with my grandparents. My evening involved another walk with Gus, a long phone conversation with my friend Sean, and watching the Emmys before crashing early! Luckily, Gus was much calmer and I was actually able to sleep in my bedroom.

As a whole, Monday was significantly more hot and humid than the average – it even got up to 89, which was 11 degrees over the average temperature (keep in mind, the Bangor area hasn’t hit 90 in 402 days and we don’t have air conditioning). I really regretted doing yoga at the heat of the day, and poor Gus was just miserable in the heat. He went into the water briefly and spent a lot of time in front of the box fans.

Tuesday, August 26 // Another early morning with Gus, but this time I did my yoga at 7 AM, which was much cooler then than at 12:30 the day before. After some coffee and another delicious smoothie, I filmed the video for the week (a dramatic reading from my 7th grade diary) and had a consultation with Helene! I highly recommend them. I’m the kind of person who is constantly trying to do better at, well, everything. But a lot of information on how bloggers can do better tend to be aimed at beginner bloggers or it’s just too vague to be helpful. Helene was able to help me figure out which specific areas I could improve and how to do better at the things I’m already doing. Overall, it was worth it. 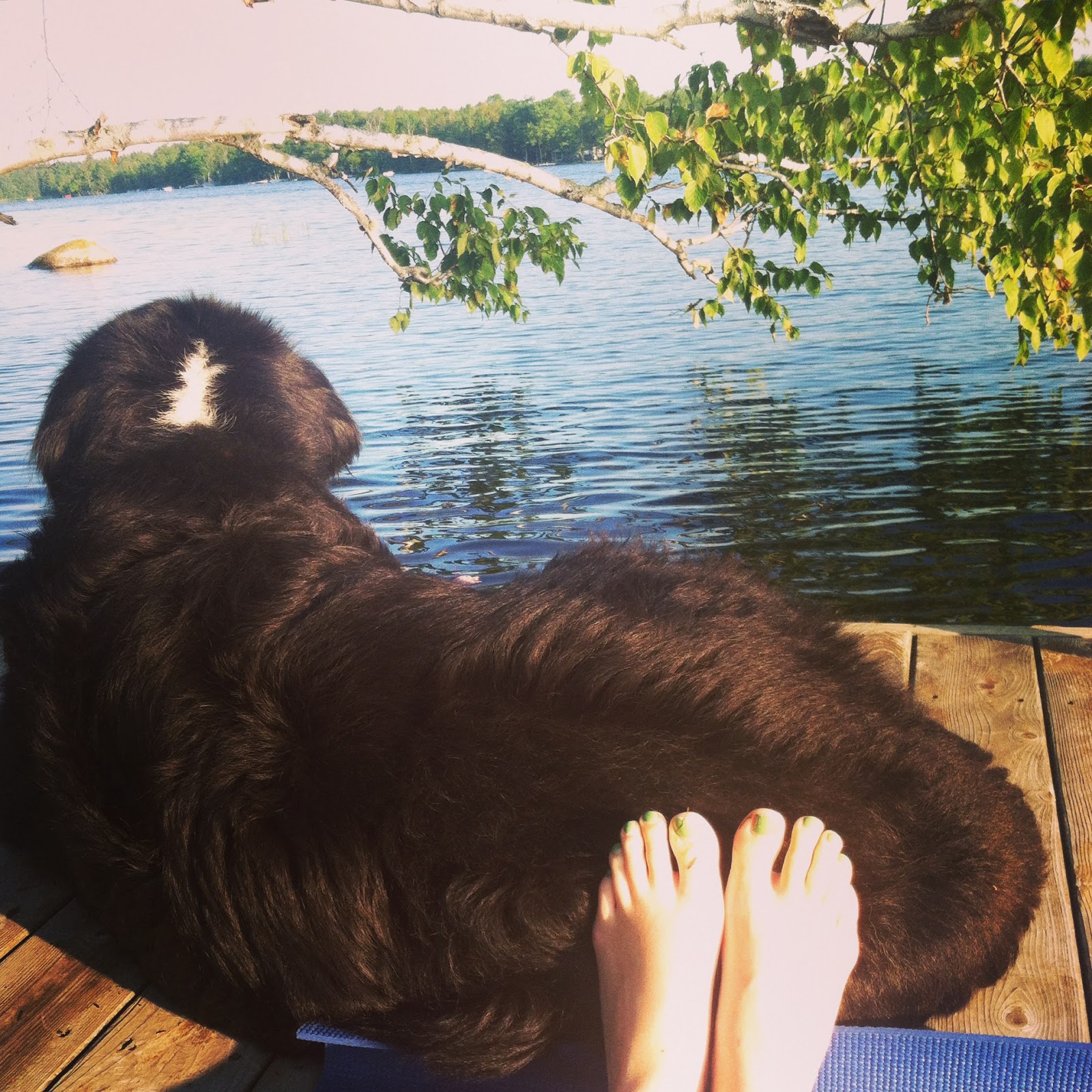 Wednesday, August 27 // Started off my morning again with yoga on the dock, a few cups of coffee, and a smoothie. I went into Bangor to do some work and to get a change of scenery, but ended up having a long and unnerving conversation with a homeless man in Starbucks.

It started off like a normal conversation, but he ended up talking about how the levels of the intensity of love were “lust, murder, and God,” and how “the Lord sent [him] these sixteen or seventeen year old girls in short shorts,” among other things. It was a 45-minute conversation that I couldn’t end. I finally was able to, and after he left the property, I left, as well. There were a couple of good Samaritans who were sitting near us and clearly listening in and monitoring the conversation, and when it started to go south I was able to end it, but I talked to one them after and he was just trying to monitor because I was clearly nervous.

And, of course, every little noise I heard all night made me jump out of my skin.

Thursday, August 28 // Started off my day with my body refusing to cooperate. Well, that’s the life when you have arthritis. Sometimes you have those days. I did manage some yoga (although it wasn’t as much as I would have liked) and went to work on the short story book. After a couple hours of that, I went up to my grandparents’ house to restock my freezer with frozen raspberries and to visit. I spent the afternoon cleaning up the house and on the phone and email with my doctor’s offices trying to get a handle on the next step for my knee. I’m supposed to get the next available appointment at sports medicine, so we shall see. Very late at night, my parents arrived back up at the house with Piper (dog) and Abby (cat).

Friday, August 29 // Woke up to a 60-degree morning. It was glorious! Coffee in cozy sweats was so much better than it has been in months. My day overall was made up of reading, writing, working, yoga. A never-ending cycle! Ended the day with dinner at my grandparent’s, which was lovely.

Saturday, August 30 // I finished first draft of the book of short stories! I’m so happy to have that done and to be able to move towards publishing again. I’m aiming for a January release.

After that, the big project of Saturday was sorting through my stuff (for lack of a better term). I don’t want to unpack what doesn’t need to be unpacked and make moving later more difficult for myself. At the same time, I want to feel more at home in Boston and in Maine. So I sorted through pictures, nick knacks, etc. and decided what is remaining in storage, what is going to Boston, and what is going in my room and desk area in Maine. I also picked out which books I may need to refresh my memory when preparing for the GRE and (hopefully) graduate-level work in English literature. Some things were taken out to go to Boston, some things were made more easily accessible in Maine, and some things went back into storage. 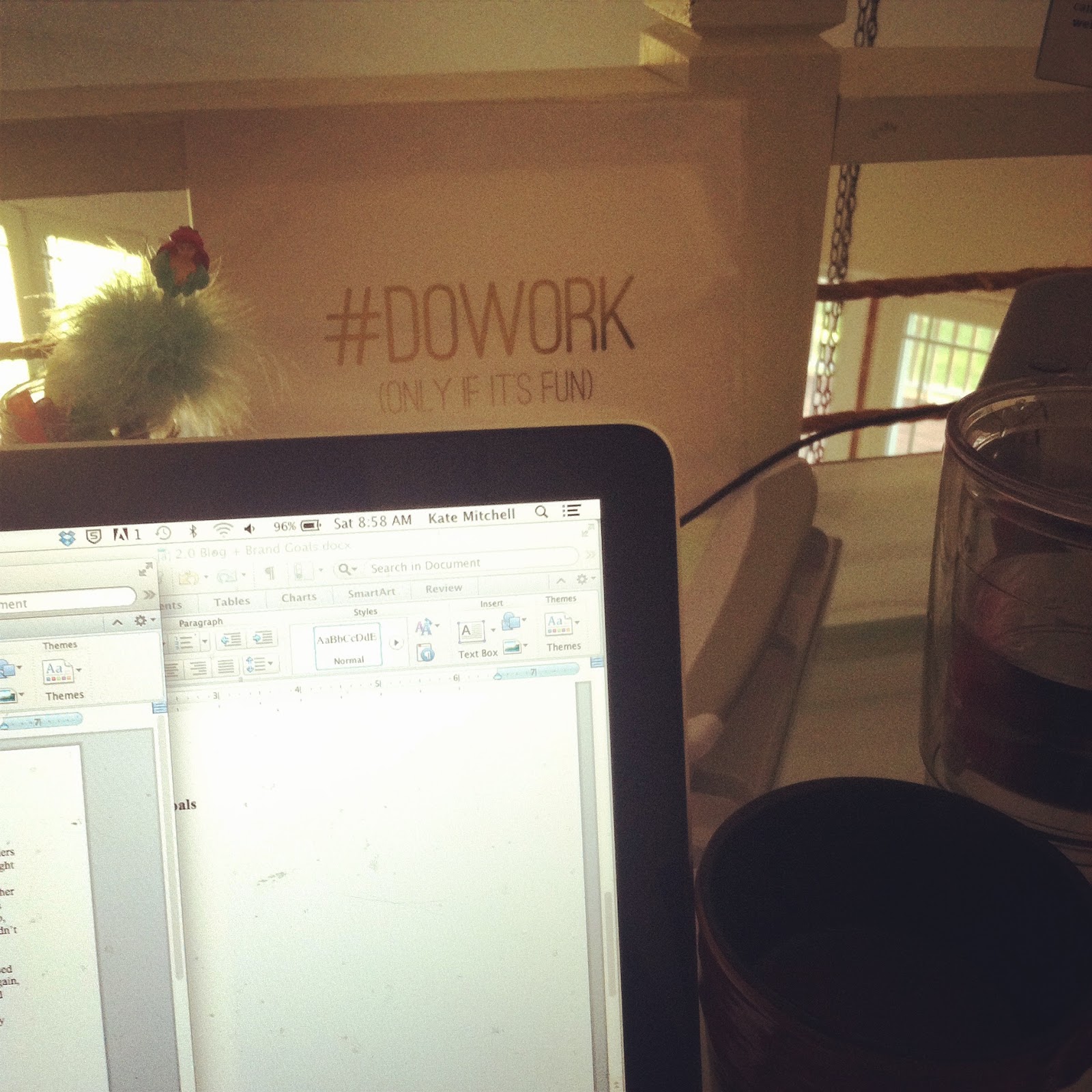 Sunday, August 31 // I spent most of Sunday sorting through my clothes and shoes to decide what to bring back to Boston. I needed to bring back enough clothes for 3-5 weeks, but I don’t have the space in Boston to bring back a whole lot. When I wasn’t packing, I was cleaning. All. Day. Long. Ended the day with Scrabble and watching A Winter’s Tale!

Monday, September 1 // We left the house around 7:30 that morning and were back in Boston by noon! All back from hermitting now.

How was your Labor Day weekend?

I’m Kate, a 20-something living in Boston. I’m an editor, a writer, and an advocate for people with arthritis. Join me on my journey to greatness!

For the last couple of years, I've made sure to do

I have found that when you live with multiple chro

Hiiiii friends! My name is Kate and I'm the face b

New week, new chance for productivity! I work from

#ad #IC I spent some time this week checking out t

#tbt to that time I went to Ireland and, specifica

Are you ready to conquer the week? ⁣ ⁣ Harley