Summertime Calls for Baseball (and Heroes)

My favorite season of the year has been upon us for a few months – baseball season. And I am proud to admit that I am 100% a Boston Red Sox fan. Go Sox!

But since I was in Nashville up until this month, I couldn’t really do more than keep track of the scores and receive updates on how games were progressing. We don’t get the New England Sports Network down in Nashville – shocking, I know. Now that I’m up in Boston, I was able to make my favorite summertime tradition a reality. This past Tuesday, my mom and I had tickets on the 3rd base line of the Red Sox vs. Phillies game! 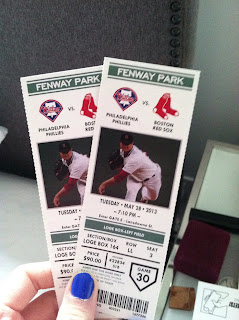 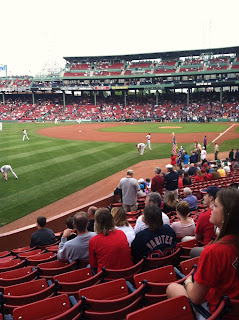 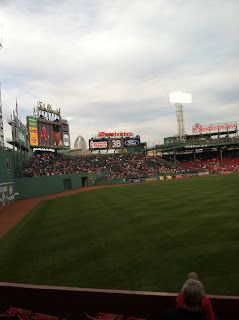 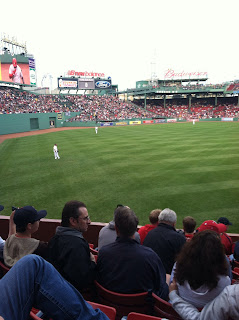 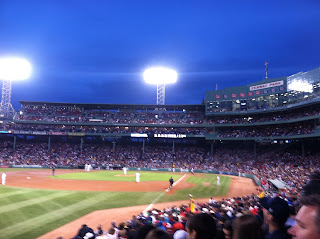 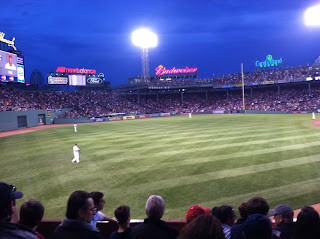 Being at this particular game also meant that I was in the presence of heroes. You might be familiar with one of the pictures that came out of the Boston Marathon bombing – a guy in a cowboy hat frantically pushing a guy (he didn’t know) in a wheelchair, someone who lost both legs and whose bare bone was showing. For graphic reasons, I’m not going to link to that picture. But that situation alone showed how wonderful people could be, helping out someone regardless of familiarity, in the face of absolute terror. That guy in the cowboy hat was a hero, for sure.

But the guy in the wheelchair was more than just a way for Cowboy Hat to demonstrate his heroism. After coming out of surgery, the guy in the wheelchair spoke to sketch artists, the BUPD, and the FBI, and provided a detailed and accurate description of the bomber. It’s because of him that the authorities knew as much as they did as early as they did. He, too, is a hero.

Both of them were on the mound on Tuesday to throw the ceremonial first pitch. It was an honor to see them in person, even if it wasn’t up close at all.

A Day in the Life

I’m Kate, a millennial living in New England. I’m a writer and an advocate for people with chronic illnesses. Join me on my journey to greatness!

It is *officially* fall! What is your favorite par

As of this week, Abby is NINETEEN YEARS OLD! Yes,

HOW TO AVOID ANNOYING ME (a long-term chronic illn

You absolutely NEED to take a vacation for your ow

How I'm reacting to the promise of fall and winter

Happy Friday! I've been on vacation this week (a s

"When you view actual people from the context of t

Thinking about ways to grow your blog specific to