Well I for one am so happy that it’s officially Christmas time! Sitting down to work this weekend meant that I got to listen to Christmas music (my personal rule), which made the light snowfall and cold temperatures so much sweeter. But before we get fully into that Christmas cheer, it’s time for a recap of my Thanksgiving!

Don’t forget to get my ads 50% off through tonight! Use “happy holidays”!

Sunday: My parents threw a brunch for me, my friends, and some other people in their 20s that they know! It was such a fun time with so much food and wonderful company. And I was also lucky enough to feel well for the majority of the day, which was huge. At this point, we were pretty confident to say that my infusion from the very end of October had kicked in, which was lovely. October was not a fun month for me.

Monday: We spent most of the day getting things ready for Thanksgiving, which mostly involved cleaning and cooking. (Although I actually did very little of that.) My focus was to get most of my blogging and social media work done for the week on Monday and Tuesday. I wasn’t feeling my best on Monday and the weather was pretty bad, but it is what it is. I also went to the chiropractor for the first time in a while, and we have some some good plans for the future. He was saying that specifically he can really help with my fibromyalgia pain. It turns out that I have a fair amount of scar tissue in my muscles, which explains a fair amount. He also connected me with a naturopath, so I’m going to see him shortly to discuss my diet and various other elements that can hopefully help manage things.

Monday night, my dad and I went to see Mockingjay: Part 1! Back in October, I gave my dad a “coupon” for his birthday that told him I would take him to whatever movie he wanted. He decided he wanted to wait until the next Hunger Games movie came out, and I’m actually really glad he did because it was a fantastic movie.

When we got back from the movie, we heard the decision about Darren Wilson. I was, and still am, furious. How on earth could the Grand Jury decide that he didn’t even need to go to trial? He shot an unarmed boy. Black lives matter. When will the justice system show this? (End rant. Maybe.) 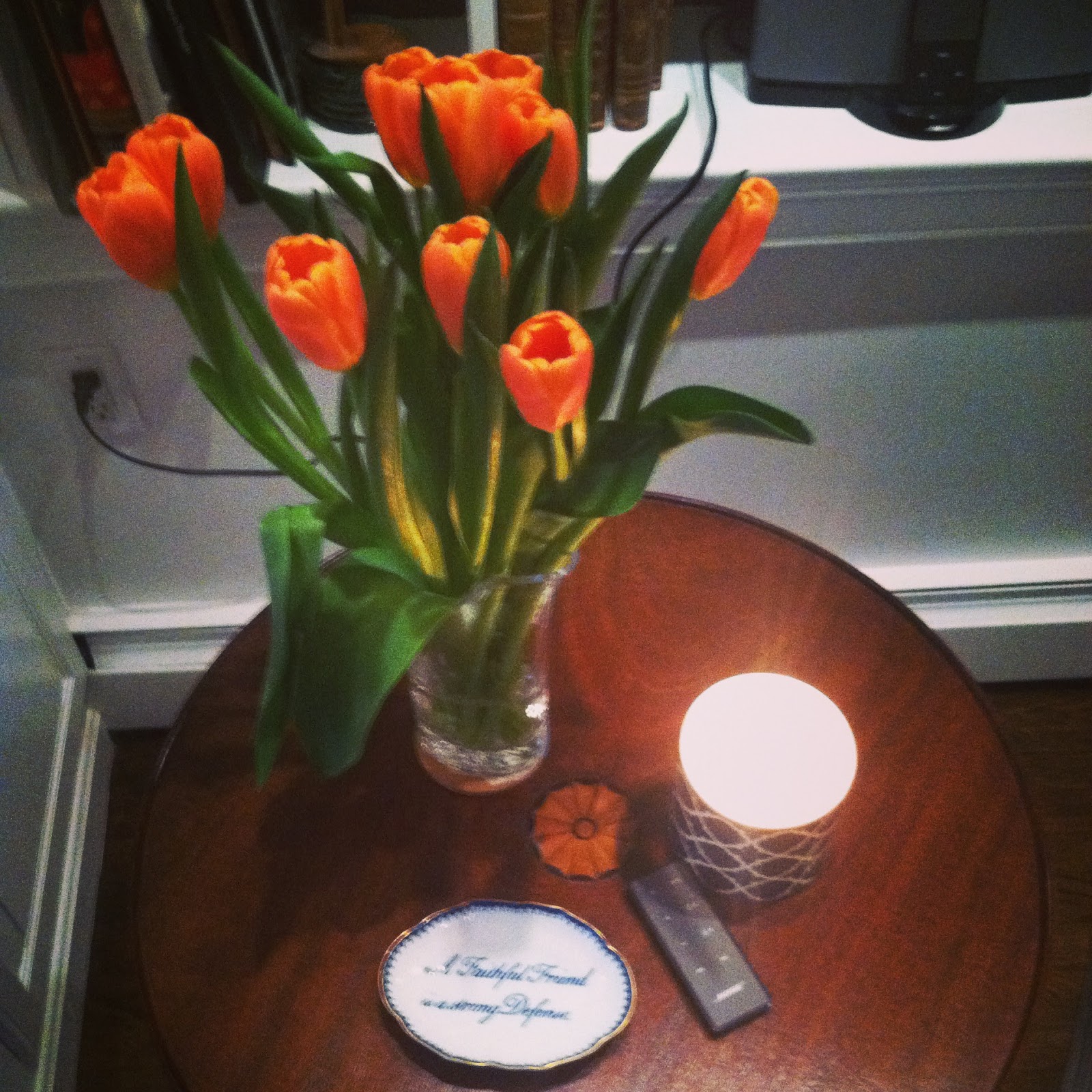 Tuesday: On Tuesday afternoon, our family friends arrived! We have known them since I was 7 (16 years, for those of you doing the math), and I pretty much consider their daughter my other sister. We used to spend Thanksgiving with them for years, but when we went to college it kind of petered out. Luckily we’re back at it, so hopefully we will be able to continue it in the future! My actual sister, Emily, also came home from school for the break on Tuesday night.

Wednesday: I did a little bit of work, but the purpose of Wednesday was to get cooking for Thanksgiving. Since we live right in the city of Boston, the kitchen isn’t huge. So a lot of Thanksgiving food was made or the preparations for it were made ahead of time. This was unfortunately when I started to feel pretty poorly again.

Thursday: Thanksgiving day! 4 of the 7 of our group ran a Turkey Trot pretty early in the day – I obviously was not one of them – while the rest of us leisurely woke up and watched the Macy’s Day Parade. I was not feeling great early in the day, which is unusual because I generally do much better in the morning than I do at night. Around noon, our other guests started to arrive. My aunt, two of my (actual) sister’s friends, and one of my mom’s friends joined us for the meal. Unfortunately, it didn’t take long for my pain to really increase.

My pain was really horrible during the afternoon, evening, and night of Thanksgiving. If it hadn’t been The Thanksgiving Meal, I wouldn’t have joined them. Just goes to show you that just because my medication has kicked in doesn’t mean that it is an equal match with arthritis sometimes.

Friday: We woke up to some snow and colder temperatures, but it was beautiful. I felt a bit better on Friday, but not drastically so. While I was up for my usual morning walk, I had to miss my family’s trip to visit my uncle, his family, and my grandfather and his wife. I was so upset about that, but it is what it is and I can’t change it now. I spent the afternoon watching some documentaries about English history because I’m super cool, and spent time with our crew as they came and went for their various Black Friday adventures. 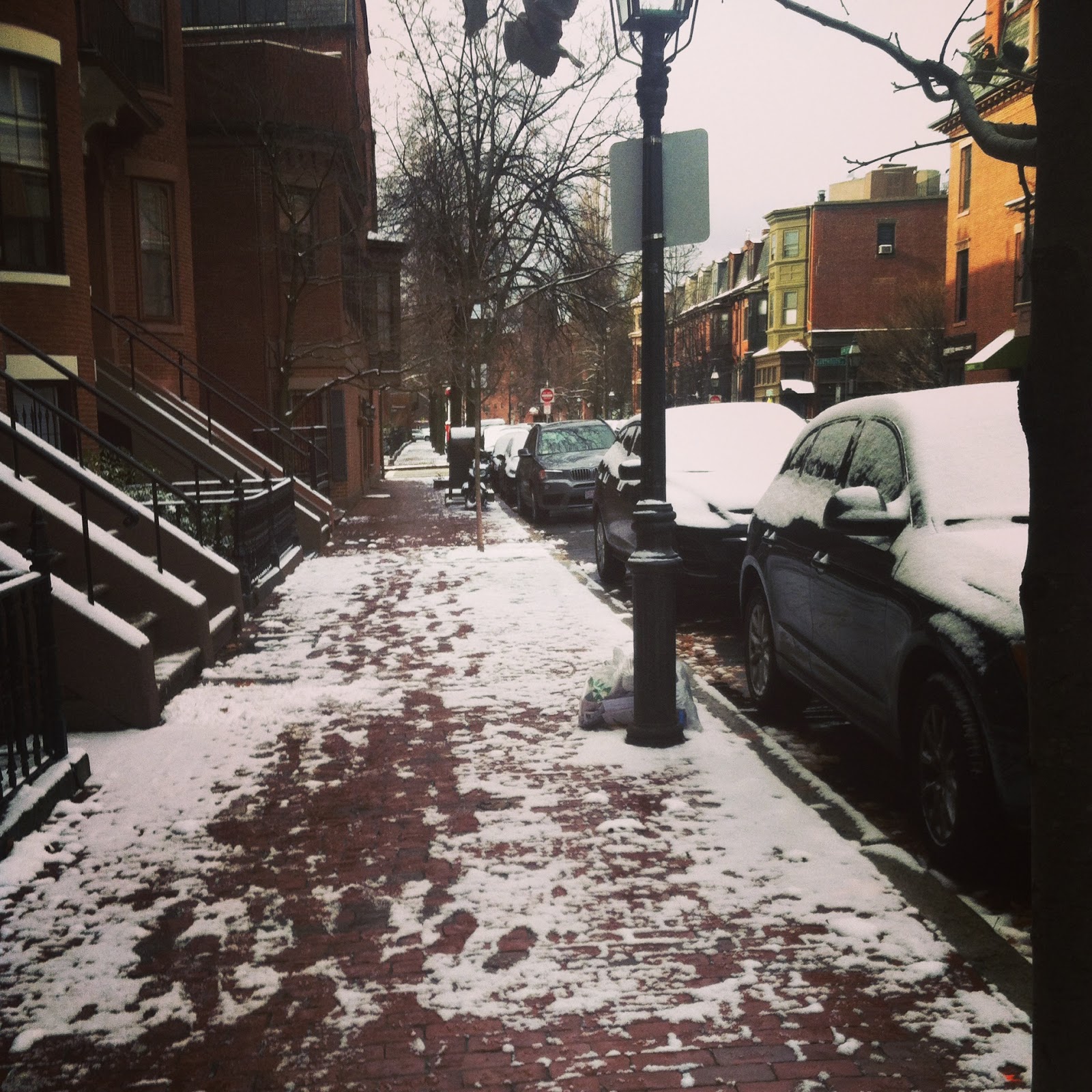 Saturday: Our friends left to go home to Delaware early on Saturday morning, which was sad because we may not see them again until the summer, but it was still great to spend the majority of a week with them. I was finally feeling better, which was honestly annoying that it happened the day that they left, but I’ll take it. I spent the day working and writing and everything so that I can spend a couple of days really preparing for the GRE, since I’m taking it this week.

Sunday: I was up bright and early with a morning full of yoga and walking … and then crashed around noon. Oh well! I spent the afternoon watching X-Men: The Last Stand, working, and watching the Pats vs. Packers game. Pain levels were higher than I would have liked, but I was still able to do a fair amount from my chair in the living room, so I’ll consider it a win.

All in all, it was a very full and enjoyable Thanksgiving week. Time for a very busy week of working on my graduate school applications! I hope you all had a wonderful week and holiday – and if you don’t celebrate Thanksgiving, that your week in general was great. Here’s to December!

Steps To Organize Your Life

Why I Quit My Job

Current Events in One Sentence Vol. 4

I’m Kate, a millennial living in New England. I’m a writer and an advocate for people with chronic illnesses. Join me on my journey to greatness!

"It's not your job to be likeable. It's your job t

Nothing makes me more excited about the work I do

Weekends are for time with nature or, if you're a

Honestly, this picture of me heading off to kinder

I recently realized that while I introduce myself

[Gifted] Last week, I got this great package from

This picture has nothing to do with the caption, b

3️⃣ THINGS I LIKE ABOUT MYSELF ✨⁣ ⁣ 1️

To me, summer is fresh berries and potatoes from t